I am proud to be a part of India’s self-reliance goals in the energy sector by 2030. 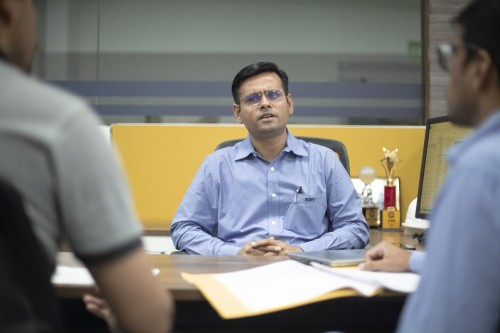 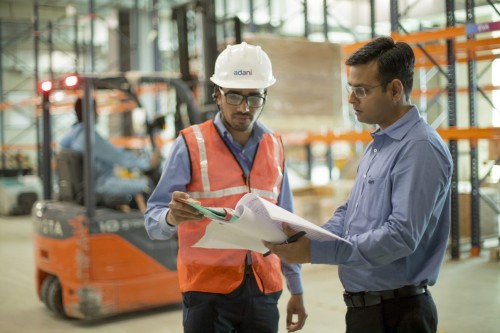 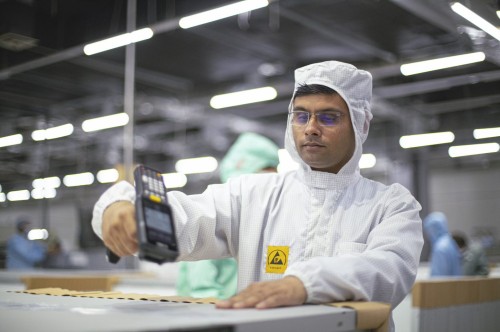 When I first visited Mundra, it was an eye-opener. Desolate and barren lands meeting the sea somewhere at the horizon. No hint of infrastructure or habitation. Among the few people who were chosen as the founding team of MSPVL, I was embarking on a new journey to start something big from scratch.

I am a native of Jamnagar, Dwarka, Gujarat. Having spent half my life in the solitude of a small town and the other half in the maximum city of Mumbai, I was rather unprepared for what Adani Group had in store for me. I remember clearly joining the Adani Group on 2nd May 2016 and reporting early morning at their Corporate House in Ahmedabad. Within a week, I was promptly posted to Mundra for my first big project. No time wasted.

It’s been 5 years since, and till today, every day has been as exciting and challenging as the first one. I had the fortune of witnessing MSPVL’s world-class infrastructure take shape while working on the project. Being part of the team that ensured zero stoppage and seamless working conditions 24*7, my learning curve grew exponentially.
While working on the project, I also contributed to the digitization of our Manufacturing & Production process, eliminating manual errors and repetitive transactions with a single click. This itself prepared me for a digitally transformed industrial landscape in the current times.

In the first few months, I started with a basic, existing SAP version at the company while the team was facing challenges in getting customized reports, but here I had the golden opportunity to apply my skills covering SAP Scripting and Excel VBA programming. Using that I developed a functional MIS System that fully automated the daily, weekly and monthly report system. 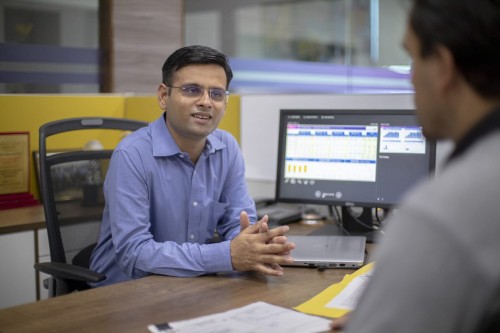 The planning team faced a similar challenge in serving the customers’ orders as per their BINS requirement (i.e. 335W only), but after preparing the improved planning optimizers, we committed 100% to their needs with clear visibility of monthly BINS modules. I feel that by digitizing the manual transactions to avoid errors in SAP Transactions and wrong material-feeding to shop floor with an integrated digital platform we have made ourselves count in the rapid growth of the company. Also by facilitating automation of SAP Transactions, me and my team have helped in reducing dependency by mitigating the monopoly of external operators.

I started this journey as a Deputy Manager with a primary, focused job profile and a small team of 5. Today, I am a proud Manager responsible for four different functions, leading a big team of 15 young and enthusiastic employees.

Growing over the years, I have had the opportunity to lead and inspire an extended family which is fully committed to the bigger vision and also understands the importance of executing both our plant operations at MSPVL & MSEL.

Adani is the only Indian company that self-manufactures 20-25% of the raw material required for building a solar module. I am proud that through my role at MSPVL, I have contributed to India’s journey towards complete self-reliance. Aatmanirbhar Bharat is not a distant dream but a near possibility with such giant steps and projects that are growing by the day at Adani. Where else will I get a first-hand experience in such thrilling and purpose-led job profiles?

I know for a fact that solar energy is the most consumer oriented and planet friendly power generation systems. Due to easy access to the source and modules for energy conversion with our infrastructure at MSPVL, solar energy will take the lead in the next 8-10 years in India. I am proud to be a part of this renewable energy revolution. In addition to my current role at MSPVL, I have had the opportunity to also work in the other renewable energy sectors of wind and water at the group.

Looking back, if someone told my younger self that one day I would be contributing to such game-changing, nation-building, state-of-the-art projects that would help in reducing the carbon footprint of our country, I would have been intimidated. But now after working at Adani, I can confidently say that I have realized my untapped potential. I am thankful that I was chosen to be a part of this mega-project and now I am a proud nation-builder at the Adani family.